o•as•is ō-ā′sĭs
n. A situation or place preserved from surrounding unpleasantness; a refuge.

Deserted in a modern day cyberpunk dystopian society, the sovereign individual seeks refuge in the crevices and cracks; in the slivers between right and left, between authoritarian and fascist. In niche, offshoot communities around the world seeds long ago planted by Chaumian ideologues, watered by Satoshi Nakamoto and tilled by the Szabos and Popescus have begun to bloom. Surrounding these upsprung oases of liberty are boldly drawn red lines and signs making clear the well-defined consensus decrees members within have agreed upon. Some of these signs are guidelines that most agree should be adhered to, while others are commandments; hard and fast dictum which, if broken, threaten the very sanctity of the liberty contained within. 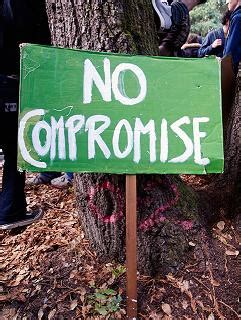 Key among these precepts is permissionlessness. No truly sovereign individual might rightly refer to themselves as such if permission to carry out certain inalienable functions is required. Free men don't ask, after all. Financial functions are no longer thrust onto the masses by unelected, self-deferential monarchs attempting to move souls as pieces on a chess board toward some esoteric goal. Instead these free men volunteer adherence to a set of protocol rules that, while malleable, remain constant and known to both rich and poor alike.

Consensus and verification duties are delegated to the users themselves in such a way as to ensure no special degree or trade is required to participate, and any change to the rules which would make this fact more permissioned is met with extreme levels of scrutiny and discussion for as long as it might take to re-establish consensus. Any attempt to hinder acquisition of the accepted medium of exchange is met with disdain and boycott rather than exile. Force need not be summoned to expel such ideas, market forces alone make clear accepted policies while engagement and feedback elucidate acceptance and rejection.

In agreement with this permissionless edict, independent men wander deeper in, encountering more flags representative of the community members and their etiquette. No sort of mailboxes adorn entranceways, no names nor identifying information is posted outside for passersby to note. It becomes clear there is no declaration mandating each individual make themselves known to one and all; rather, the individual must have the ability to selectively reveal whatever information they so choose. Acts designed to force these revelations are met with such disdain no self-respecting community member would dare dream to require them, lest these same forces be forced back upon them, shining bright lights on corners intent on remaining darkened.

Opaque curtains line the windows of some domiciles, sheer see-through cloth hang atop others. No armed guards need stand outside protecting this existence as again market dynamics, along with community acceptance or derision, make abundantly clear what passes for socially acceptable behavior. Offending members may not find themselves strapped in railway cars and shipped to far away areas, but the ultimate misery of complete shunning as their neighbors refuse to compromise results in the desired affect nonetheless. You don't have to go home. But you most likely are not going to want to stay here. 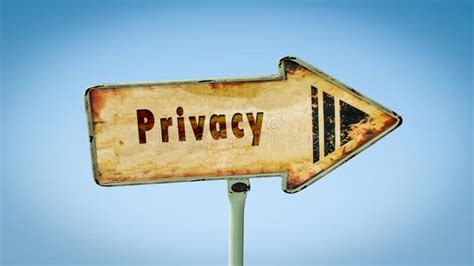 To the left one can spy libraries full of writings ranging from the failed, terrible ideas of Marx to the individualist, empowering ones of Mises, funded by the community using voluntary methods. To the right is the part of town known as Religion Row, with churches erected to worship deities ranging from Jupiter to Jesus. On the way to each, one is likely to encounter huddled masses having discussions on topics they deem important, without walls being erected to separate the various partitions. And yes, before you ask, it appears they did in fact figure out a way for someone to build some roads to get there. There are very few frivolous discussions, very few silly souls screaming into the void in an attempt to simply eat up space and take away from citizens with an important message to espouse, since these huddled discussion groups have all paid a fee in order to set up and spend time amongst one another publicly. Other unimportant or ridiculous topics may still be occurring in people's private homes of course, since the reaction of no one showing up to hear their public discussion clearly demonstrated a lack of interest from the community in what they had to say.

Since there is only so much sidewalk space in the community, fees to secure a public presentation spot depend on the demand for the space, and these collected fees go toward supporting the surrounding infrastructure that citizens use daily. No one shows up to hear another speak about the importance of restricting the liberties of certain individuals, as to be seen associating with such a discussion surely results in the same sort of shunning that attempts at surveillance receives. Thus again security teams need not apply for the job of protecting or preventing, leaving it instead to freedom of interaction to determine outcomes. It's not that an ultimate security force does not exist. It's just that the use of such a force has been relegated to only the most extreme of scenarios, and even then the acts of the security force are constrained by the overall community consensus. Natural freedom and liberty has a very heavy gravitational pull, to be certain. The population of these communities, though still decidedly niche, continues to grow by the day, as bordering areas see the results of such standards unfold before them. The decision to join the free men's society, and to thus voluntarily accept the provisions contained within, results in de facto annexation on all sides. A sort of slow creeping spread of these standards thus sees a bold redrawing of the border marking red lines, across which compromise on core tenets is always a non-starter.

The compromise instead occurs on the inside, beneath the flying banner of freedom which encompasses all. Win-win bargains, where each side attains a level of attrition from the other, do not threaten the canonical community contracts. These areas are not retreating into their corners, begging to be left alone. Instead they loudly proclaim their standards and steadfastly defend them outside their borders, consistently drawing the ears and eyes of disaffected folk looking to abandon the dystopia their community has become. The encroachment, for so long singularly performed by authoritarian regimes backed by large corporations and governments, has been flipped and is now the task of sovereign individuals, acting as a focused group. These are not collectivist mobs, quite the contrary. These are individual persons, shields and swords in hand, side-by-side standing in defense of the liberties of the free men beside them.

Utopia may not exist, and dreams may only come to those that are asleep. But these types of safe havens are still beginning to spring up all around the world as we speak, many times in digital form. These sorts of communities are not citadels, set up high on a mountain or out to sea, surrounded by high walls and moats. Isolation is the wrong move, for a variety of reasons. Instead, these are groups of sovereign individuals acting in concert with one another toward socially agreed upon dictates and uncompromising morality. Spreading ideals and protecting them can be done while also extending the reach of our red lines without force or coercion, defeating bad ideas and practice with better ones; displacing authoritarianism and fascism by the day. The appeal of our ideas, especially in Western countries, is natural and been proven throughout history.

It is time to stop retreating and compromising, and instead go on the offensive. 5 individuals acting individually against a mob of 25 likely end up destroyed one-by-one. But those same 5 individuals acting with a voluntarily agreed upon goal, using all the tools available to them through free, open source sharing, has a much better time of mounting a defense. My ideas and tools are not proprietary, they are open to being picked up and wielded by anyone looking to learn them. Looking together toward our goal, yet acting toward that goal because the end result is beneficial to our individual lives, means our power can be leveraged against collectivist mobs. Time is our scarcest asset; so I shall continue to spend mine defending and expanding communities of freedom loving, sovereign individuals. As we celebrate our Independence Day in the United States, I hope we can all reflect on what sort of independence we possess now, and what sort we want to see for our and our children's future. It only happens if we make it so.